NEED A COMFY, CHILLED OUT HOSTEL IN THE HEART OF MALTA?

Keep up with the latest news, interviews, deals and events

In his book 'Neither here Nor there', in which he relates his travels around Europe, Bill Bryson writes,

'When I wasn't walking or searching the sky, I sat in the bar of the hotel drinking beer or lay in my bed reading.... I began to feel as if a doctor had told me to go away for a complete rest (some place really boring, where there's nothing to do). Never had I slept so long. Suddenly I had time to do all kinds of things: unlace my boots and redo them over and over until the laces were precisely the same length, rearrange the contents of my wallet, deal with nose hairs, make long lists of all the things I would do if I had anything to do. Sometimes I just sat on the edge of the bed with my hands on my knees and just gazed about me. Often I talked to myself.'

In my five years’ experience opening and running three hostels, I can wholeheartedly shoot down the stereotype notion. Italians don't all speak with their hands, the French are not all hairy, and the Japanese do not all travel with a polaroid camera hanging from their necks. In all this time, however, I did absorb more than a bit of people wisdom, which allows me to safely stereotype, instead, the guests Bill Bryson would most likely have encountered if he stayed in a hostel. Here they are. The Eleven Hostelites.

You'll notice him because everyone else seems to avoid him like the plague. You wonder why the rest of the guests speak to him in 'uhums' before fleeing the room as soon as he turns his back. You feel sorry for him and decide to give him the time of day, only to realise, five words in, that this is one man who speaks in monologue; the kind who thinks he knows everything about everything and is more than capable of engaging in a three hour conversation on corn flour. You learn the hard way. But it's a lesson learnt. You are now very good at sensing this hostelite’s presence a mile away.

He crawls into bed at 8am and doesn't get up until 8pm, in time to shower and hit the clubs again. You have no idea what his name is, where he's from or if he's still breathing. He simply sleeps above you, in bunk bed terms, and shakes the bed to get on top. He's not much of an inconvenience other than having an inverted sleep pattern which doesn't allow you to turn the bedroom lights on, make noise or open the windows during the day. So your room is always dark and smells like a club.

Almost surely, you're bound to share a dorm or a bathroom or a beer with a musician. Since pianos can't be strapped to a back, your musician is most likely going to be a guitarist. You'll notice him because he'll have long hair, a loose un-bottoned cotton shirt, buckets of charisma that will make you feel like a stone, and girls at his feet. If you still don't recognise him, the guitar he carries with him everywhere will surely give him away.

He'll wow you with his covers of Bob Dylan while everyone is having a chat and a beer in the garden, and you'll think he's a cool guy. Musicians are cool, right? Come day five, you'll want to smother him with a pillow if you're made to listen to 'Like a Rolling Stone' one more time.

You wonder why someone so unsociable chose to stay in a hostel and then you realise that this rare hostel specimen is no flower child and has no interest in atmosphere. He's just on a budget. So leave him alone. Don't talk to him. He doesn't want you to 'discover' him and he certainly has no interest in getting to know you. He's simply here to see the country on the cheap. Any attempt at conversation will be immediately dismissed by a glassy look. God forbid you also share a dorm with this creature because, his social skills being what they are, he's most likely going to be the one who turns the lights on at 2am to pack for his 5am flight.

They're the ones who are always happy! They are BURSTING with excitement. They tend to travel in packs of three or four, though sometimes they're at it solo. They've just seen all of Eastern Europe, and Asia, even though they’ve only been backpacking for ten days. You ask them about their trip and they say everything was 'awesome'. They've had no bad meal, no strange encounters, no rude flight attendants and no horror hostel stories to regale you with, which disappoints you since they've 'seen so much'.

They're the best people to sit on long bus journeys with, because they're usually very good with schedules and planning. Just take headphones.

She's hot, she knows it, and everyone wants her, because, come on, look at the rest of the mingers staying in this hostel. She dons really short denims and a cropped top, travels with a hair dryer in her backpack and wears mascara, so that when you look at her, (after you've been on the road for five months), with her voluminous hair and long dark lashes, it's like you've seen an oasis in the desert.

She doesn't have much to contribute in terms of travel or conversation and would typically ask if there are white people in South Africa, but she makes for good eye candy and if you get her drunk enough she's bound to put out in the dorm.

To get him back (because, let's face it, a few slices of cheese lost aren't enough to kill someone, but more than enough to get your revenge), you smugly spit in your milk and lick your slices of bread, sometimes leaving a note saying you've done so.

This hostelite rocked up at the hostel and simply never left it. He booked a bed online in January and it's May and he's still here.

He's now part of the hostel, like the cat or the kitchen sink, and can show you the best short- cuts and the worst mini markets around. You'll mostly find him hanging around the house, taking naps on the living room couch and generally not doing much else.

Staff use him as a 'fill-in' for when they're not there, he knows the system so well.

He's super interested in getting to know the new guests, but when you ask what his plans are, he's vague and dismissive. You get paranoid and start to wonder if he works for the CIA and if this is a conspiracy against you for that one time you secretly used someone else's bath towel.

This is almost certain: You will share a hostel with tree-huggers and you will either love them or hate them. These hostelites are the easiest to spot. They wear bohemian (unmatched hand-me-downs), attire and don't shower often. They have long hair, sometimes plaited, sometimes Rasta style, and they live on plants that grow in the hostel's garden. They seem to be bursting with enthusiasm and poetry, then almost suddenly look sullen and withdrawn.

They will speak about moving to somewhere else soon, the whereabouts are unknown; somewhere where they can pitch a tent and start a community, where people share and no one has to work. Usually sitting in a butterfly position, they preach against capitalism while they bum cigarettes and wine off you.

There's no more stamp room on this hostelite's passport. He's lived with the locals in their huts in the Amazon and helped them hunt their meals. He's the American who's been to Cuba, the first tourist to cross the Myanmar boarder.

He's stayed in over 500 hostels all over the world, and knows exactly what makes a good hostel. He complains about the lack of power sockets in the bathroom and that breakfast isn't included, and when you point out he's paying peanuts per night, he's quick to quip that you don't understand what you're talking about.

He's seen all the seven wonders of the world, and added a few of his own. He's more obnoxious than he is interesting, but still feels his calling in life was to cross paths with you, to teach you how to travel properly. He'll try to make you feel like crap because you've been travelling longer, and yet you haven't seen the 3000 temples he has.

Smart phone in hand, he will ask you for your Facebook contact when he's checking out of the hostel, and you will happily point a finger at the wrong Carl Smith.

Unfortunately, these hostelites are not as common as The Preachers, but once in a while you may be lucky enough to encounter one. They are the mature, no-frill type of travellers who know how to travel and are very happy with very little. They travel light, with nothing more than a bar of soap and a Swiss army knife in their rucksacks. They'll ask the front desk for a map instead of the WIFI password and shake your hand firmly when you make introductions in the dorm.

They'll sit with you at night and inspire you with their terrific life-long travel tales of how they sailed the world and hitch-hiked the Americas.

If you piss them off, they'll tell you. If you snore, they'll put a pillow over your face, and if you touch their cheese they'll cuss you out in front of the entire hostel. You don't mess with these retired sixty-something year old travellers for they are brimming with knowledge and have no patience for anything which will disrupt their travel experience.

They can be on a budget, or well off. Either way,they are hostel-minded in spirit and don't feel out of place around a bunch of 20 year olds.  In fact, they're the life and soul of the hostel.

Staying in a hostel would have made Bill Bryson's journey (and possibly novel), more colourful.

He'd have crossed paths with these hostelites, enjoyed them, used them, learned from them, laughed with them, laughed at them, found life-long friends in some and dropped the others along the way, citing different travel plans.

That's the beauty of hostels: that the people you meet can be as temporary or as permanent as you'd like them to be whilst still providing you with company and support. Because, let's face it, whilst it's liberating to travel alone, it's not always fun to be alone.

These strange and unique travellers (dare I say, only found in hostels), these free-spirited and bohemian backpackers would have made good travel companions, if only for a while.  And hey, if nothing else, they beat the hell out of drinking alone in a hotel bar, Bill. Unless you're lumped with The Preacher. Then I'd say lonely hotel bars all the way. 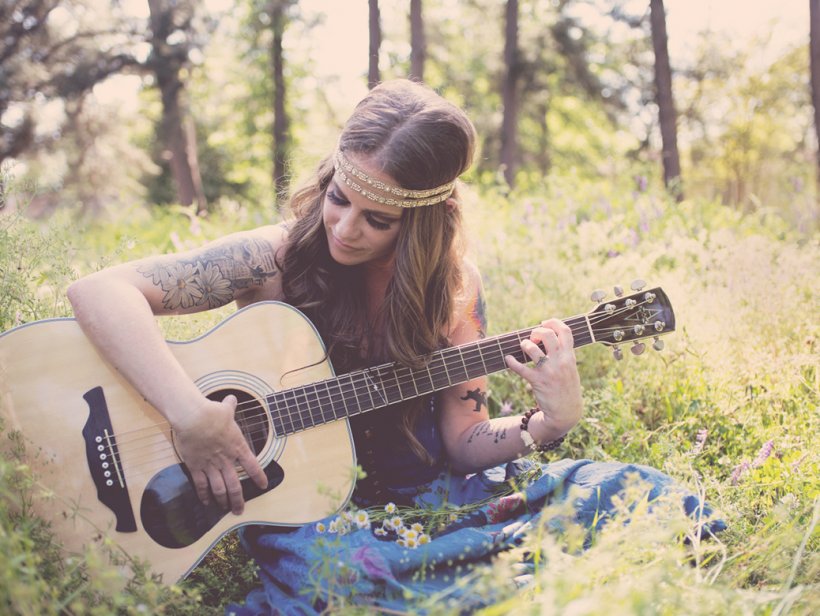